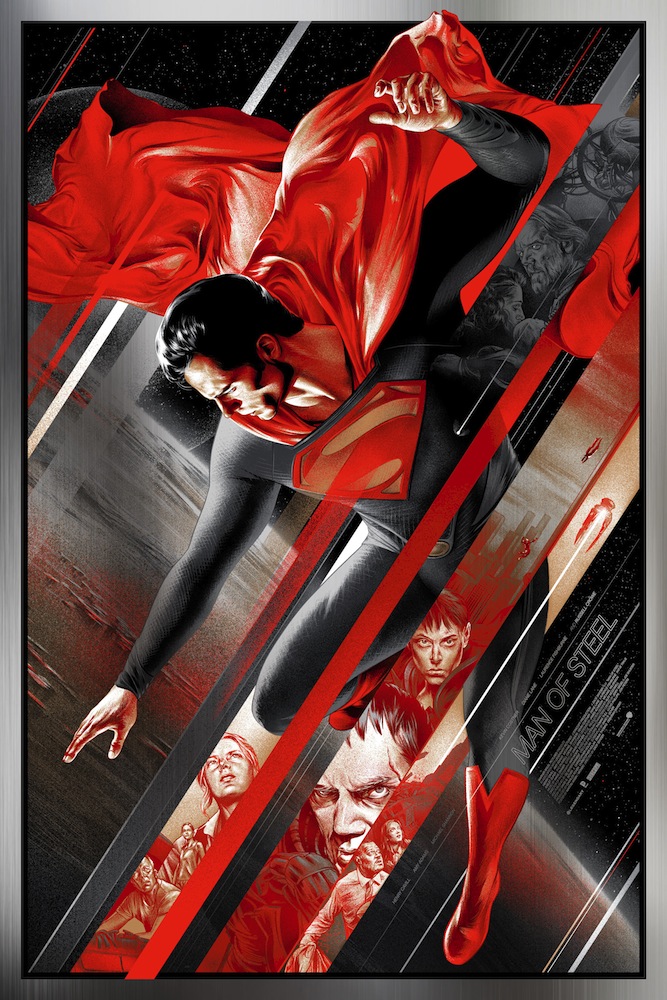 Superman has the best set of extraordinary abilities of any superhero. He can fly. He has super strength and is nearly invincible. He has x-ray vision, as well as heat vision. He has incredible speed. He has super-hearing. Who wouldn’t want to have those kinds of powers?

But let’s face it. You and I will never have Superman’s vast array of powers. We’ll never be able to see through walls, lift huge amounts of weight, or leap tall buildings in a single bound. You can definitely forget about heat vision.

That’s not to say, however, that you don’t have super powers. If you’ve read Jared’s book The Connection Brand, you know about the three Super Powers he discusses. In our efforts to connect with people, we all lean toward one of three powers: Relationships, Stance, and Psychology.

While you won’t see these three Super Powers in a Superman movie or comic book, he does indeed use them in both direct and subtle ways. By looking at these Super Powers in the character of the Man of Steel, we will gain some insight into this iconic character. More importantly, you’ll gain some insight into which of the superpowers you can best use to connect with those you want to influence.

Relationships: The WHO of Connection

The Super Power of Relationships is all about connecting with others on a personal level. Those who primarily use this Super Power produce excellent work, yet focus on showing how much they care.

It’s the well-known author who responds to your email personally. It’s the blogger who engages readers in the comments. It’s the supervisor who sends a birthday card or asks how your family is doing.

How does Superman connect through relationships? By showing that he cares about the welfare and safety of others. Much of the Superman mythos is devoted to how he “saves the day” time and again.

Superman has one basic agenda: to do good and to make a positive difference on planet Earth. (You could also say this is his brand as well as a promise.) This is a great way to view what the Super Power of Relationships is all about. Even if you’re not a people person and don’t consider relationships your primary strength, that’s okay.

It comes down to these kinds of questions: Do you want to make a positive difference in people’s lives? Do you care for those you serve personally? Do you want to relate to them on an individual level?

You can think of Relationships as the WHO of connecting. This Super Power is all about whom you’re serving, who you’re connecting with, and whom you’re helping.

Stance: The WHAT of Connection

The Super Power of Stance is all about standing up for what you believe, no matter how popular or unpopular it may be. It’s about declaring your values and beliefs, even though they may clash with the culture around you. Those who connect primarily through stance take a bold stand for what they believe in. But rather than pushing everyone away, it instead attracts a devoted group of people who believe the same thing.

How does Superman use the power of Stance? He is sometimes seen as a bit old-fashioned because he stands for truth, justice and the American way. The character has always had a Midwestern sensibility of right and wrong. There is rarely any moral ambiguity in Superman stories. That’s why he is sometimes referred to as the “Big Blue Boy Scout.”

The filmmakers of Man of Steel faced a real challenge in making Superman relevant to a post-9/11 world where we like our superheroes dark, gritty and psychologically troubled. By definition of the character, Superman stands in stark contrast to the sometimes morally questionable crime-fighting techniques used by other superheros. (I’m looking at you, Batman.)

Those who connect primarily via the Stance Super Power do so because they have a message that’s front and center. Is this your primary way to connect? Do you have a central message that is burning inside you? And most important, are you willing to stand up for it?

You can think of Stance as the WHAT of connecting. It’s all about what you stand up for, what you believe and what you’re willing to risk for your beliefs.

Psychology: The HOW of Connection

The final Super Power is Psychology. This way of connecting can take many different forms depending on the one doing the connecting. It can be based more in research as the “connector” operates like a curator of highly relevant information. It can also be geared more toward a certain mentality or perspective on life. Sometimes the one connecting with others is doing so as a teacher. He or she provides materials and resources that change people’s attitude, mindset, and perspective.

Regardless of the specific method, the Psychology power is focused on changing your thinking on a fundamental level. But it’s not all about action. In reality, this way of connecting doesn’t begin with a person’s actions. It’s simply a natural outgrowth of who they are and what they represent.

Yes, I see that hand with your question: How does Superman help others change their thinking? Glad you asked.

Superman is not a researcher (although he does work for the Daily Planet newspaper). He’s also not a teacher, at least not in any formal sense. However, by his mere existence, he changed the way humanity views the universe. In Man of Steel, Jonathan Kent (Clark Kent’s adoptive father, played by Kevin Costner) shows Clark the spacecraft he used to travel to Earth as a baby. He says to young Clark, “You’re the answer to ‘Are we alone in the universe?’”

Think about this for a moment. In the context of the story, Clark is the world’s first extra-terrestrial, and that radically changed the way people thought about themselves and the universe. They now knew there were not alone.

So rather than asking how you might be a teacher or researcher, I would ask these questions: How do your core thinking, your attitude, and ultimately, you as a person—impact other people? How does your attitude and what you are change others for the better?

If you truly want to impact people, it begins with your thinking. (Tweet that!)

Many people read comics and see superhero movies because they long for an escape from reality. And who can blame them? Life is hard and we need an escape occasionally. However, fiction is often a window through which we view the whole universe. Or perhaps instead of a window, fiction can be a mirror that helps us see ourselves more clearly. Superman can be just that kind of hero if we are willing to learn a bit.

And while you’re at it, I hope you consider seeing Man of Steel. In the midst of a story that is fiction, you may just find a few facts that will help you connect with others more effectively.

Note From Jared – Kent is an awesome guy so be sure to check out his blog, podcast and all the resources he has to offer those of us on our creative journey. I trust you enjoyed this read. Be sure to share it and let him know your thoughts in the comments. Peace. Out.