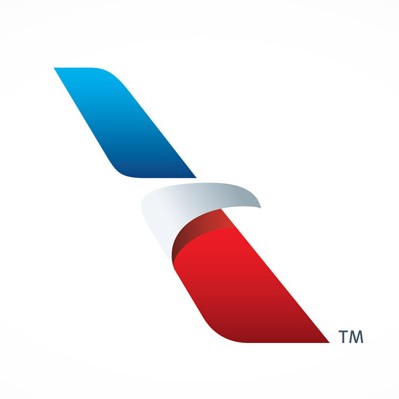 First off, I never post on Saturday so you know that this recent news from American Airlines has really bothered me. I also want to note that I don’t believe American or Futurebrand (the design agency partner) is in anyway saying this is the “brand” itself. Companies of this caliber and agencies understand that the brand is much more than the logo. As a matter of fact, my thoughts don’t even really pertain to the new visuals as they look great.

So here we go.

What Companies Still Just Don’t “Get”

It continues to baffle me that companies still don’t understand how things have changed when it comes to interacting with the public. I understand that a company the size of American is corporate in it’s nature, but we can all see that the ones who connect with us on a more personal level are the ones we care about.

How is it that these companies don’t understand that we don’t want surface-level, corporate mumbo-jumbo about how much “we care about our customers?” Be real. Be authentic. Quit acting like you have a something so much more important to take care of than the lives of your customers and employees.

I truly believe that American has taken a step in the right direction in terms of “updating”…but there are far more important things they need to work on than just their look.

Assuming We Love You

My first take was that American automatically assumed that “we the people” actually care about them. That we actually like them…when they are, in fact, considered one of the most hated companies in America. Just because you have been around in an industry for 40+ years, does not mean that we have to respect you. It doesn’t mean we have to care or that we owe you anything.

The video above seems as if they are trying to be down to earth about what is going on…but it’s still just emitting all sorts of corporate stench that the majority of America is sick of.

I realize that I’m harping on American Airlines at this very moment, but this is a growing trend among companies. If you assume someone owes you their time or attention in this day and age, you are sorely mistaken. That goes to whether you are an individual coach or major corporate company. We don’t owe you a dime of our money or an second of our time.

And, for the record, people are becoming much better at tuning out what seems stuffy or spammy.

Where did your humility go? I mean seriously. Just because you have the name “American” in your company name doesn’t make you iconic. The eagle is used in plenty of logos, yet none of those people are calling themselves iconic.

My immediate reaction to this statement was the American’s head has gotten way too big. Here is a company that just filed for bankruptcy last year and has barely turned any profit over the past several years…and they think they’re iconic? On top of that, their company morale is incredibly low and there have been way too many unanswered complaints to hit social media in the past few years.

To me, if you’re an iconic brand for America, or any country for that matter, you are well respected. You have major clout with the public. You legitimately care about your employees and customers and you work extremely hard to represent the values that your country holds on a pedestal. I think we can all agree that none of those fit American Airlines.

The next major issue I see with the rebranding effort is that not once was anything admitted as to the company’s recent history of terrible service. Now, it could very well be that they are starting with the visuals and plan to announce major changes in terms of leadership and caring for customers. But it was not communicated in anything I saw online.

As we move into the age of the public being able to speak out on things like this, it becomes more imperative that we admit our mistakes as openly as possible. This may seem incredibly difficult for larger companies, but I would venture to say that I’m not alone in giving a company a legitimate chance if they offer a sincere apology in a human way.

I believe that if American had decided to start their rebrand with something along the lines of the following, they would be better setup for the long run and the public would have received the news in a much different light. My example words are:

“We, at American Airlines, are sorry for the recent mistakes our company has made. We are sorry for the leadership breakdown that has contributed to our low company morale and terrible customer service. And we are sorry for forgetting the fact that we are here to serve this nation as one of the largest airlines.

In saying that, we are making some drastic changes. These changes will roll out over the course of the next couple of years and well into the future. They will involved leadership changes and training within the company. They will involve better, more thorough employee training. And they will involve visual changes as well.

To start this process, we have worked extremely hard to design a new look that we feel will help propel us into the future. We believe this look captures the brand that has been built over the last 40 years and modernizes it at the same time. We understand that this is just the beginning and we want to bring you, the public, along for the ride as well. This is the start of something new at American. It will take time. We will endure trials. But we will make progress and rebuild the connections we have lost with many of you over the last several years.”

Or something to that effect. I’m no speech writer or major PR guy, but that would resonate with me. To me, it would tell me that they realize they messed up and they now know what changes need to be made. It also brings me along for the ride so that I can keep them accountable and give them a chance at the same time.

Being real with our customers is key. It’s the only way to make progress today.

Really, It Starts With Leadership

You may have noticed that I didn’t once talk about how important “our customers” are in the little impromptu speech I wrote above. That’s because the whole reason for their customer problems is the leadership at the top. If you’ve read much of John Maxwell, you know his take on leadership. He’s the go-to expert for it and, from what I get from his writing, he believes that leadership is a top-down thing.

In light of that, I also believe they directly violated (at least) one of the laws of leadership that John puts forth. The Law of Connection says “For leaders to be effective, they need to connect with people. All great leaders recognize this truth and act on it almost instinctively. You can’t move people to action unless you first move them with emotion.” To me, this means that they should have paid more attention to what the public was looking for with them than just going at it blindly. I haven’t seen any surveys or research they did but I highly doubt it would point to a new visual identity instead of customer service.

Now, honestly, I know nothing about the leaders of American. But I do know that many other companies have suffered when the leadership was terrible. It doesn’t just mean the CEO was bad…it means several levels within the company had bad players involved. In all instances where a company was able to turn themselves around, it took a great leader to come and remove the bad ones. Then, the training and hiring of better ones took place and it trickled down into employees and customers.

The only way to truly fix the customer service problem we have today in many companies is to fix the leadership at the top.

I want you to understand that this isn’t so much of a harp on American as it is a harp on the many companies that think the same way this rebrand has been presented. American has made mistakes with this rebrand and it will be interesting to see how they progress. I hope to hear that they will be changing more than just their visuals and more than just “caring more about their customers.” That’s a broken record for those of us living in everyday America.

Branding is much more than your logo. I believe you know that but I want to stress the fact that your brand is everything people think about you. The way you feel about American Airlines as a company is their brand. The visuals will change nothing about that except that maybe they look a little newer.

My hope is that other companies and individuals can learn from this. The main point would be that we have to be human. We have to understand that people connect with people these days. We don’t care about your snooty corporate video where you talk about how iconic you are. We care about whether you care about fixing a real problem. Your logo is not the problem. Your company culture is the problem.