1 simple way to build real, deeper connections with your customers

Traditional advertising is something we have been having trouble with in recent years. We don’t trust it. We have learned to ignore it for the most part. And, generally, we don’t really care what the company has to say about… Read More »1 simple way to build real, deeper connections with your customers

I don’t normally write posts like this but I thought it would be nice to share with you since so many of you have WordPress blogs. If you haven’t seen the new Click to Tweet Wordpress plugin that came out recently, you might want to check it out.

It makes adding those tweetable quotes super easy, which means that you may get shared more. I know that Andy Traub mentioned he had a boost because of it and I’m sure there are others that have too.

The plugin itself generates a pretty nice look. But I’ve seen in the comments of the original post that people are wanting to customize it a bit more. So I asked the plugin developer if I could write a post that would help people customize it with CSS and he said it would be great.

Process. Methodology. Streamline. These are all terms that came about during the industrial age. They mean to find better ways of doing things on a massive scale. Or closely related to that anyway. The problem is, they don’t scale in… Read More »Processed to death

The connection economy is taking us all by storm. We are all learning how it works and many are grabbing onto the future while some are struggling to hang on to the past.

I trust that you are looking forward.

Which brings us to an interesting point in history. For the past 100 years or so, the industrial age has had it’s processes and created the way things work into today’s business world. They have done a great job of creating the world we have today, for the most part, and the infrastructure that has been built worked well for many years.

But things have changed.
Read More »3 Reasons Why Small Brands Have a Leg-up on Large Ones 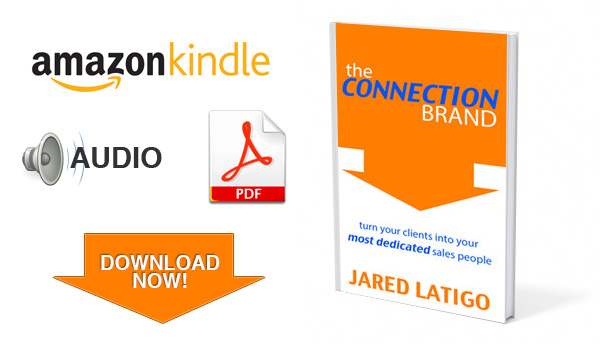 So what is social media anyway? Is it this whole web 2.0 thing? Or is it Twitter? What does it mean to blog?

These are things people seem to be confused about. They are second nature to me, but I often find myself in discussions where people don’t truly understand the power this holds.